“I like to start from the space that you have. And in Kammerlichtspiele you have this great bar and the tables – so the idea of ​​doing something going on in the pub was clear,” says Mira Stadler, Carinthian director brought fifty percent of the script to first rehearsal, and the rest of the musical comedy was done. Set it up with the team. And if you think of the movie of the same name when you hear the title: “Yeah, you’re not wrong. Almost everyone already knows it and we have a filmmaker who is making a documentary about it.”
The starting point is an incident last year when guests were snowed for days in an English pub. At the Stadler, he meets a strange waiter (Michael Christoph Kranzlpender), a neurotic filmmaker (Sabine Christoph Kranzelbender) and an underrated musician (Jana Thomasschutz) – and laughs Stadler, who attended Martin Kuschig’s Reinhardt seminar and worked as an assistant director at Burgtheater.
In January, the 30-year-old will make her debut at Stadttheater Klagenfurt: Ariel Dorfmann’s play “Death and the Maiden” about a strange woman who brings her husband home after a punctured tire. A former executioner believes he recognizes a rapist.

A total of 87 female playwrights submitted for the Nbv Women’s Play Award, which was first announced last year. Now the winning play is being shown for the first time: Olga Sachs, a German-Romanian author, designs “M. Morast” (the play’s title) as a court against humanity – a fast-paced, eloquent and visually powerful indictment of people and crimes against nature and its ever-threatened creatures.
The play is directed by Carinthia-born Doris Dixell. The director, who lives in Cologne, sees the task of theater professionals as “to present a mirror to the audience and ourselves of the current situation in our society. “Im Morast” deals with the most exciting topic of the hour in the truest sense of the word: the condition of our mother land.”

A radio play by Verena Dorr, inspired by the life of Gaston Gluck, is the basis for the premiere of Herr im Garten, Speculations in Twelve Scenes. German director Stefan Schweigert has dealt extensively with the gun manufacturer Glock and will bring the play to the stage at Halle 11 with a mixture of fact and fiction: “All the characters are fictional, but they can actually exist. All the events are made up, but they can actually exist” .

Silence is the focus of the latest production of “teater Šentjanž”. In the piece by Alenka Hain (director and concept), an actor, musician, and dancer searches for “a mysterious world of silence, hidden among tones, words, movement, gestures, and music.” It is those moments of calm that are no longer noticed in the hustle and bustle of everyday life. With Mira Grigorić, Sara Janšković, Alexander Tolmayr and Dusan Tirobišić.

Johannes Brahms died 125 years ago. Kristen Junk’s “Spiel mit den Brahms” also speaks of his autobiography: a theater director and artist biographer wants a very specific Brahms actor – he’s shy, because he has nothing to do with music. 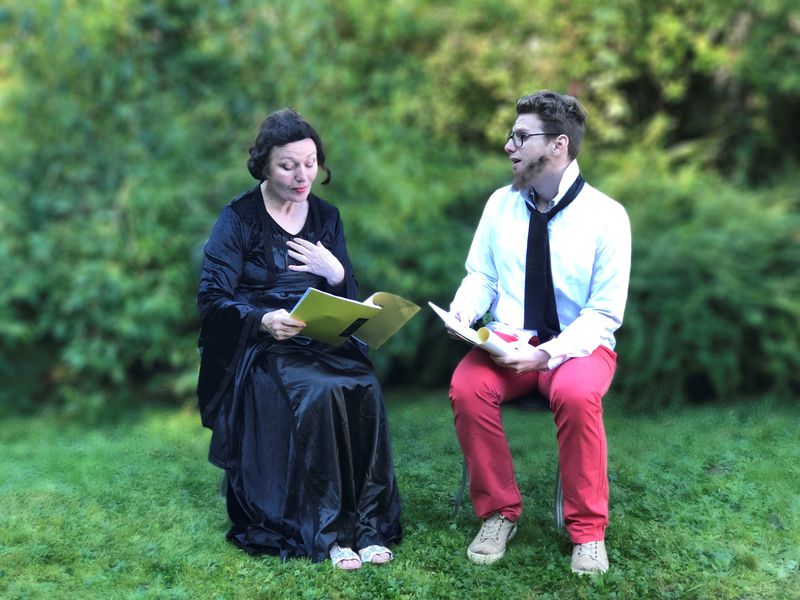 In Windhöhe in the heart of Karawanken, the hermit Johanna lives in harmony with nature. A desperate Mary stormed into her life and sought asylum. “Windhöhe,” the new play for “TatWortTheater,” is directed by Susan Draxler, who has worked at Werk-X and “TAG” in Vienna, among other places.