F. Coaster: cabin sermon
Some uncomfortable facts about the lost revolution in the national team

Shortly before the World Cup, the curve of the national team’s shape is pointing downward. The alleged trend reversal under new coach Hansi Flick was a fiction. So it’s time for some uncomfortable facts. The star says in the voice of Philip Coster

Rarely has Hansi Flick been as helpless as he was a few days ago when he was asked about the first half of a Nations League match against Hungary. The national coach sadly said it was “too bad”, but immediately returned to hope. “The team has woken up,” Flick vowed in the style of a mother of school-aged children at 7 a.m. “The eyes are opened now.”

But what can be seen in the second half did not look more enlightening. The German team showed more commitment, but regularly faced the astonishing Hungarian defense cleverly without getting too close to the goal. A futile flank for the defense twenty meters from the goal fueled fans’ longing for the long-lost classic attack tank. Above all, however, everyone who witnessed the same uncomfortable scene involuntarily asked where the spirit of optimism that had inspired the team in the first games under Hansi Flick evaporated?

The League of Nations

Caught in a time stalemate: in the 0-1 draw against Hungary, the DFB team got into well-known problems.

The minuscule kick against Hungary, strictly speaking, the numerous draw matches before that led to the suspicion that the much-acclaimed turnaround following the lengthy resignation of world champion coach Loew was just an automatic common proposition. Because the structural problems the national team has been dragging through for so many years are still the same when you look at them, both on and off the field.

The standing of the national team in public is still weak

There is a public standing of the team in public. The German Football Association under new president Bernd Neuendorf may really and honestly deal with the political and moral pitfalls of the upcoming World Cup in Qatar, but this has not paid into account the team’s PR. This was due to such strange actions as providing Manuel Noir with a hand ribbon with a heart colored in all shades of a can of water-based paint, said to represent diversity and anti-discrimination, but giving away the most visible rainbow of colors seemed like another rabbit’s foot choking the host’s sensibilities. But this was also promoted by interviews such as that of Nico Schlutterbeek, who shrugged his shoulders in light of the approaching Qatar Championship: “In my opinion, we players can’t influence much anyway!” Now professional footballers are not human rights activists, but national players can still think about their role in a more complex way.

However, the pitch deficit weighs more, which cannot be addressed with a clip in the front alone. There is a general lack of goal training and consistency at the end. The fun game is very easy to defend to the edge of the box for disciplined teams. The prevailing opinion that Hansi Flick, with several players at Bayern Munich, has imported the problems of the record champions, seems reasonable, but it hides the fact that the classic striker has long ceased to be a professional in Germany. Which made the national coach repeatedly fall back on Timo Werner, who unfortunately does not know how to combine his incredible speed with the right technique. There is nothing else, not even in sight.

The first balance under Flick: These are the winners and losers of the German Football Association 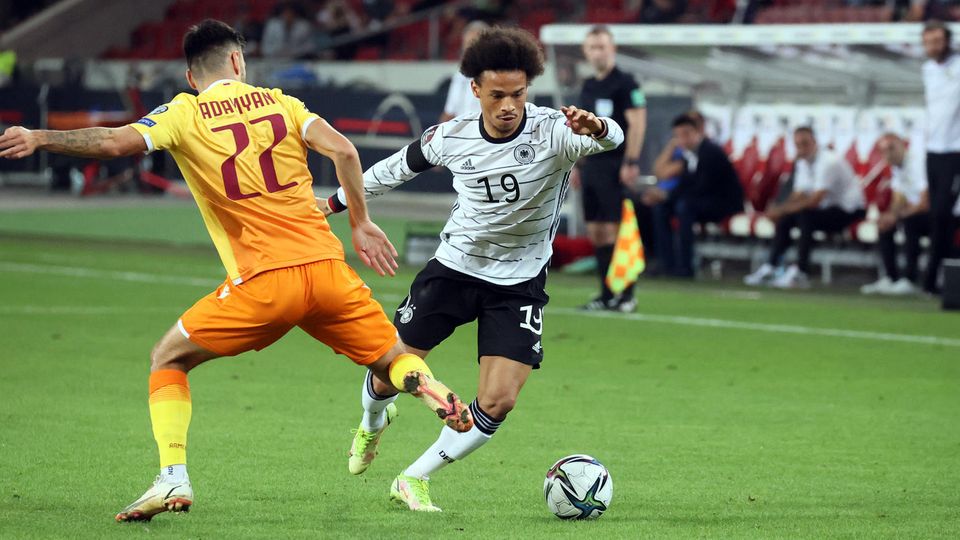 And since the weaknesses of the building game are accompanied by a fragile defense, the German team will not be able to score points in Qatar through tactical superiority. Instead, enthusiasm and vigor must develop through a different kind of team strength and unity, which is not presently present. While the rifts between groups within the team are nowhere near as deep as they were in Russia, the fact that Hansi Flick decided on a smooth transition when he took over, rather than going abroad and in total action with Clearly set players apart from his predecessor.

It was very tempting to pin the entire misery of the last phase of Löw’s era solely on the coach. Just as in Munich as Niko Kovac’s successor, the new coach wanted to get the team back on track with more sympathy and passion than the recently apathetic Löw. It would have required a real new beginning – in self-realization, in relation to the audience, but above all on the field.

It is now too late for such a comeback. But not for the insight that the national team must first inspire itself in order to win over its fans. There are still a few weeks left. But there is hope, as Hansi Flick said: “The team is awake now!”