08/23/22 “The Summer Academy has changed a lot,” says an elderly lady. She has an overview as she is participating for the twentieth time. She adds, “Me too.” Such a good change. and feeling the thing. for 69 years. 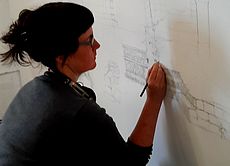 Why did the Professional Summer Academy choose the Maria Bosmann course this year? You mentioned that “you only need a pen and a rubber band.” In the past, you could not do without a laptop, the Internet, and the like. This impression has to be put into perspective a little: Hildigund Amanshauser, former director of the Summer Academy of Fine Arts, was interested not only in artistic discourse and new forms of expression, but also in purely technical aspects.

Near the end of the three sessions, the Summer Academy always invites journalists for a tour of the castle. Of course, this is certain in many large rooms: a laptop is an indispensable tool. But the paint pot, the roller, the engraving needle, the copper plate, the acid bath, the printing machine – the latter almost looks old – are still a part of it. 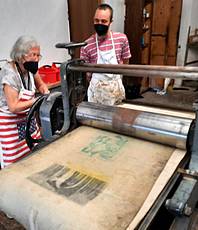 Summer Academy Director Sophie Jules explains that Maria Bosman brings “painting and gender art together,” and the artist stated, “Today we actually read Hannah Arendt for an hour.” no). “We think and read together.” Now the participants sit with their pens and draw on paper written on the wall. Or in blocks on tables. Fantastic analog. 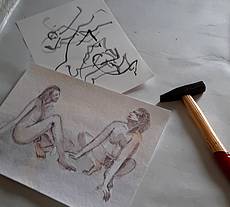 Seventeen courses took place at the castle this year, in addition to the usual sculpture course at the Untersberg quarry in Fürstenbrunn. and another one in Kassel, at Documenta 15. Its controversial curators, Ruangrupa from Indonesia, were in Salzburg last year. Now the participants of the Summer Academy, who were interested in their non-European integrative proposals, went to Kassel. Sophie Golts says this will not go into serial production.

450 people applied for scholarships, three hundred people registered and finally 233 people came from 48 countries. Together with the State of Salzburg and the Erste Foundation, 16 scholarships were awarded to refugees, mainly from Ukraine. 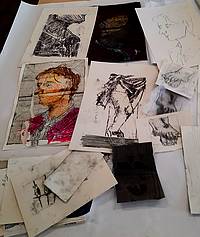 This year there was a focus on performance and aborigines (Léuli Eshrāghi from Australia, Angelo Plessas from Greece, Tracey Rose from South Africa) In addition to continuing the focus last year, Community oriented practice. Poland’s Malgorzata Mirga Tas and Ruangrupa, together with Aisha Gulic of Turkey, stood in this direction. Also a matter Archives in Art She played an important role in several tournaments (Leon Kahana from Germany, Wassef Monem from Bangladesh, Frances Reuter from the United States and Hannah Tilson from Great Britain). You can’t do without feminism anyway, the courses of Maria Bosman (Vienna), Anna Dauchikova (Slovakia) and Christina Demetriadis (Greece). There is no shortage of international character. 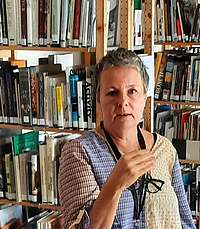 If all these buzzwords sound too much like gallery curator gibberish: Through a few narrow, romantic corridors, you arrive at a room that serves as a library. Art critic and publicist Jennifer Hegge (Australia / Great Britain) works there. A few young women are sitting at their laptops and writing with concentration. Here you can practice and improve your art writing. Not just writing reviews, Higgie emphasizes, index texts and the like must also be drafted. “Good writing is good writing,” she says, and that sounds straight from the heart. We journalists somehow feel at home there.

The exhibition continues at the Kunst im Traklhaus until September 10 Just barely maybe maybe to see. For her first solo exhibition in Austria, Munich-based artist Flaka Haliti invited collective artist Metahaven and architect Markus Miessen to create a social space for art together, a speech bar. In her drawings, photographs, sculptures and installations, Falaka Heliti explores the world of “digital posthumanity”. 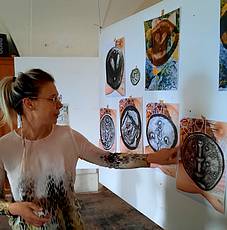 Talking about art should not be neglected, you also want to arouse the curiosity of the people of Salzburg. It is going a little slow, but no less than six thousand visitors have benefited from exhibitions and events in different locations. This is not small either. On the other hand, the 530 views of YouTube videos currently posted online as of yesterday (22.8) seem mediocre: indeed a consolation that the visual arts are still not post-human digital, but require real human viewing.

The International Summer Academy of Fine Arts will be seventy years old next year. Kokoschka’s idea of Vision School You should “mock question”. To this end, they will also collaborate with Kunsthalle Wien. The focus in the summer will be on extended drawing, including performance, scenography, film, and installation. So a mix can be found in the academy’s summer classes every year anyway. And when said lady first comes over for the 21st time, which is certainly to be expected, you will definitely find analog performances again.

The International Summer Academy of Fine Arts runs until August 27. Friday (August 26) from 5 pm to 9 pm and on Saturday (August 27) from 10 am to 1 pm. There are open studios in the castle – www.summeracademy.at