On August 31, 1997, Princess Diana died in a car accident in Paris. 25 years later, a ZDF documentary reconstructs events and lets many experts give their say – with exciting insights.

It is one of the greatest tragedies in the history of the British royal family: on August 31, 1997, Lady Diana died in a car accident in Paris. The accident will turn 25 in a few weeks. On this occasion, ZDF is showing a 90-minute documentary called “Diana’s Last Night – Love, Life, Legend”, in which the last hours of Diana’s life and what happened on the night of the accident are reconstructed.

Writers and directors Annika Blendl and Leonie Stade as well as royal expert Ulrike Grunewald managed to bring more than twenty witnesses and contemporary comrades to the camera. They describe their memories and try to explain how the devastating accident occurred in the Alma tunnel in Paris, which not only cost Diana life, but also her partner at the time, Dodi Al-Fayed, and driver Henri Paul. The only survivor was bodyguard Trevor Rhys-Jones, who was in the front passenger seat of the black Mercedes. Paul is known to have a mixture of alcohol and medication in his blood, and he was driving too fast and not all of the passengers were hooked. In this regard, the film does not offer any new insights.

However, statements made by Dai Davis, the royal’s head of personal security in 1997, and Patrick Jephson, Diana’s former private secretary or Ken Wharf, who was once the Princess of Wales’ bodyguard, are sensational in the documentary. The three men came to almost the same conclusion: Diana might not have died if the trip to Paris had been better organized and the famous couple had more professional protection. Because neither Lady Diana nor Dodi Al-Fayed informed their staff in advance that they were going to Paris. They also left many of those involved in the dark about their concrete plans in the French capital.

Diana was afraid that the security guards would spy on her

In the eyes of experts, the fact that Diana rejected the bodyguards from Scotland Yard that she owed her after her divorce from Prince Charles has a huge impact. Private Secretary Patrick Jephson said in the documentary that he begged her not to. But Diana remained stubborn. Her distrust was too great. She was worried that his men would spy on him on Prince Charles’ behalf, bodyguard Davies explained. Instead, Mohamed Al-Fayed hired two bodyguards: Trevor Rhys-Jones, who was later in the car accident, and Alexander “Kess” Wingfield. Both of them had already accompanied the businessman in public. They were clearly not prepared for the onslaught of paparazzi sparked by Diana and Dodi and were not immediately adequately informed.

In general, the film does not shed light on the Al-Fayed family. Mohamed Al-Fayed, a controversial businessman, pushed his son Dodi’s relationship with Diana. “He was anxious about their marriage,” film producer Michael Atwell says in the documentary. “It was the perfect trophy for him.” Dodi himself used Diana for his own purposes. “He was a playboy,” says former butler Paul Burrell. “He was about to do something.” 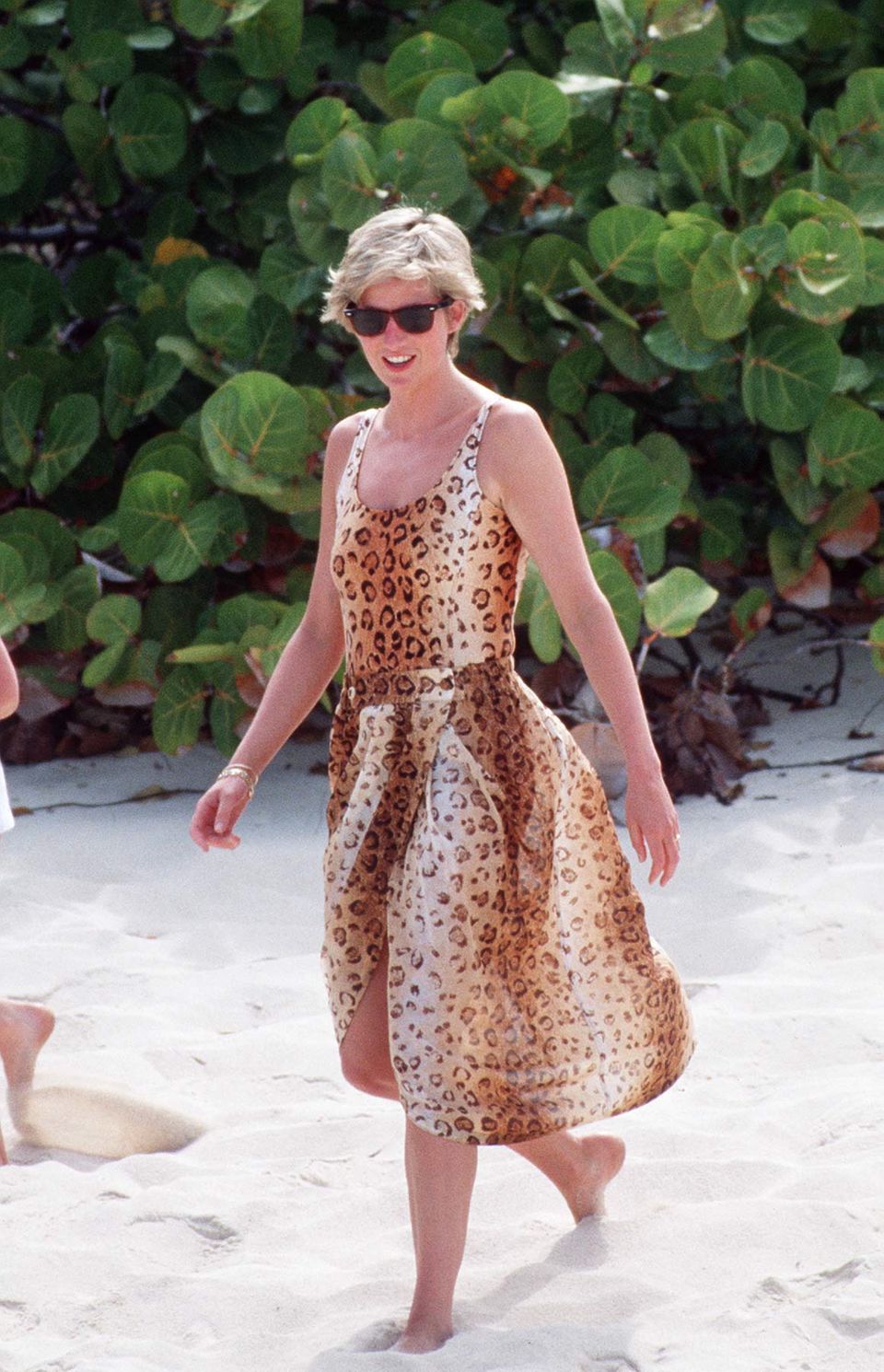 Princess Diana in style on the beach

Hey, Tiger Lady: The Princess made her debut in the Caribbean in the 1990s with this Beach Tiger ensemble. She paired a matching sarong, a one-piece suit, and sunglasses in shades of brown—the royal beach look was completed.

In Paris, Dodi allegedly wanted to ask for Diana’s hand. Therefore, a few hours before the accident, he changed his plans again – again without telling his guards. Diana and Dodi actually wanted to dine in a restaurant, but when the paparazzi followed them, they went back to the Ritz. Instead of spending the night there, Dodi wanted to go to his apartment near the Arc de Triomphe – perhaps to paint over Diana there. But they never got to the apartment. The accident occurred in the Pont de l’Alma tunnel 20 minutes after midnight. At first it seemed that Diana was only seriously injured and was taken to the Petit-Salpetriere Hospital. She died there in the early hours of the morning. She was only 36 years old.