Fishermen believe that by tying the white hair of people with albinism to their nets, they will have a better catch. Some miners believe that bone powder turns into diamonds if you dig it up. Other body parts should bring one thing as amulets: wealth.

Myths and myths surrounding people with albinism are still very much alive in some African countries. They are witches or cursed, and medicines can be extracted from their bones. Because of these misconceptions, severe ritual murders still occur in some areas in the 21st century.

But they are also attacked and mutilated, because even individual body parts of people with albinism promise hunters several thousand euros in profits on the black market. Pay up to €65,000 for the whole body of a person with albinism – whether dead or alive. The cause of albinism: People with albinism have a genetic defect. This refers exclusively to the outside, physical and mental development is not affected in any way.

To protect ourselves from UV rays and sunlight, we all need melanin, regardless of our skin colour. These red, brown or black pigments are formed in the so-called melanocytes of the skin, in the retina and in the iris of the eye. The ratio of this pigment determines whether we have dark skin, light skin, or in rare cases white skin, and therefore there is no natural protection from the sun’s rays through melanin.

In people with albinism, melanin biosynthesis is disrupted due to a genetic defect. This leads to the typical characteristics, extreme sensitivity to light and therefore an increased risk of skin cancer and exposure to sunlight can be fatal. Strong sun protection is vital for people with albinism.

So far, albinism cannot be cured or cured, but life expectancy is the same for people without this genetic disease. Both parents must carry the gene in order to pass it on, but they must not be affected themselves.

Corona: looking for a scapegoat

According to a United Nations report: “Supernatural belief has increased during previous epidemics. In Africa, this has been the case recently during the outbreaks of HIV/AIDS and Ebola.” According to the UN High Commissioner for Human Rights, Michelle Bachelet, in Malawi for example, the number of attacks against people with albinism has tripled since 2020.

In 2019, human rights experts from the United Nations and the African Union developed a five-year plan aimed at improving the quality of life for people with albinism and stopping the horrific killings. 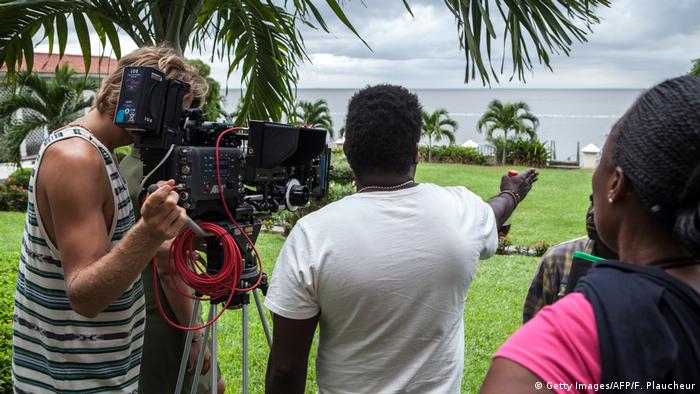 So-called Nollywood films have been produced in Nigeria since the early 1990s. They mostly deal with spiritual and mystical themes and in an often exaggerated presentation. The Nigerian government blames these films, among other things, for an increase in ritualistic murders. The accusation: Nollywood films can incite young people to use films as models for ritual murders in order to make money quickly with them.

Even in Malawi, in Southeast Africa, far from Nigeria, some believe that Nollywood films could be the reason for the number of murders to increase again, according to the results of a survey conducted by DW for “The 77 percent”.

People in Malawi believe in what they see in Nollywood movies, according to one of the interviewees. Another believes that some films fueled the killing of albinos and that films have a great impact on people. Above all, the scenes that deal with killing rituals, legends and myths are what incited some to kill. Many believe that this is the case.

One of the interviewees believes that what is shown in the films takes place in remote villages and reflects what these people believe when it comes to culture and traditions. They saw something like this on TV and wanted to try it. The tragedy is that it is about murder, human life and reality and not just about scenes from the movie.

The United Nations wants to clarify

To raise awareness about people with albinism around the world, the United Nations established World Albinism Awareness Day. It first happened on June 13, 2014. This day aims to help integrate people with albinism around the world, not treat them like leprosy. The procedures aim to communicate how albinism develops, its effects, and what it means for people living with it. The most important thing is to get rid of the myths and all the myths and finally put an end to the brutal pursuit.