Devastation
“Our cultural heritage suffered across the country”: a Frenchman preserves historical buildings in Ukraine using a 3D scanner

Since the Russian invasion, many places in Ukraine have become unknown. Many cultural and historical buildings have also suffered from shelling and missile attacks. A committee is now rebuilding them by default.

Emmanuel Durand finds his way over the rubble and falling beams, then sets up his 3D scanner and gets to work: he actually wants to rebuild the historic fire station in the eastern Ukrainian city of Kharkiv, which was badly damaged by Russian air strikes. The French architect set himself the goal of preserving as many historical buildings as possible in Ukraine, at least roughly.

Since the invasion began on February 24, Russian shells and missiles have been raining down on Ukrainian cities. The victims are not only countless civilians, but also the many buildings that are part of the country’s cultural assets. Kharkiv Fire Station is just one example: the red brick building from 1887 is an important testimony to the industrial revolution in Kharkiv at the end of the 19th century.

With a rotating laser scanner, Durand “captures” the building from all sides. He says his device can scan 500,000 points per second. According to his own statements, he will collect ten million points at his current location alone, and then set up his scanner at a different location and in this way gradually cover the entire building – both from the outside and from the inside. In the end, it’s “a billion points,” he said.

Volunteering in the middle of war

In the evening, Durand collects all the data back together on his computer “like jigsaw puzzle pieces” in order to roughly rebuild the building. The replica is accurate to within five millimeters, and can be flipped in any direction or “sliced”. It even shows craters, the pressure wave that shook the building to its foundations.

Durand says his work depicts the current state of the fire station. It also helps to see where the stats have suffered and what can still be recovered. “We can see exactly the damage the missile did – but also the shape of the building.”

Durand’s volunteer work. The French specialist for 3D data acquisition works with architects, engineers, experts on historical buildings and a museum director – in addition to Kharkiv also in the capital Kyiv, in western Ukraine Lviv and in Chernihiv in the north of the country.

In Kharkiv alone, they listed 500 buildings of historical interest, says architect Katerina Koblezka. She works on a committee that records all historical sites affected. It is estimated that there are already more than a hundred in Kharkiv.

The second day of the war: death and destruction in the streets of Kyiv 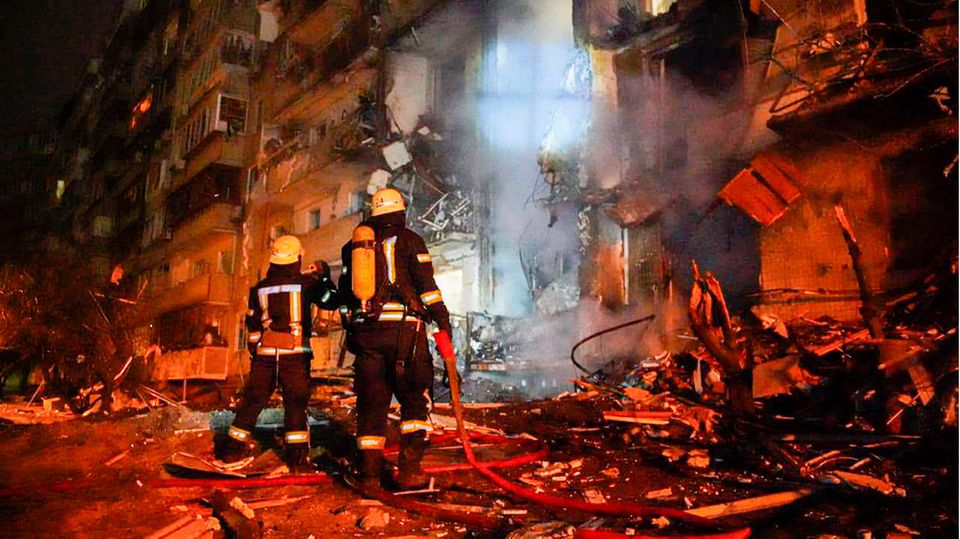 Culture is “the foundation of every civilization”

Although Russian attacks have subsided in Ukraine’s second largest city, shells are still falling. Kuplyzka fears that these storms will further deteriorate the condition of already damaged buildings. Most important of all is to accurately record their current condition – as well as what buildings are still intact.

The Ukrainian architect believes that recording the damage may also be useful for subsequent criminal proceedings. “Across the country, our cultural heritage has seriously suffered,” she says. “This is a genocide of the Ukrainian people and a genocide of Ukrainian culture” – “a war crime.”

Kuplyzka’s colleague, Tetjana Pylyptschuk, does not accept the objection that her work is pointless as long as the war continues and people die every day. Culture is the “foundation” of every civilization, says Belichuk, who is also the director of the Kharkiv Literary Museum. “If it were more widespread, maybe people wouldn’t have to die and there wouldn’t be a war.”

The museum director brought the majority of her treasures to western Ukraine to protect them from war damage – but also from potential Russian destruction in the event of the fall of Kharkiv. Before the war, people didn’t care much about cultural heritage, she said. Today they realize how important that is. “The commission has historical buildings in Ukraine almost reconstructed.