The NLS 3 was about BMW with a triple victory. The BMW junior team from RMG and Rowe Racing had an exciting battle to the last metres. In the end, the M4 GT3 from Farfus / de Philippi prevailed.

If one brand has made its mark this weekend at the NLS, it’s BMW. After Porsche dominated the season opener and canceled NLS 2, BMW has now celebrated its first victory in Nordschleife with the M4 GT3. and three times.

An old hand against a young man

Because BMW’s junior RMG team with Max Hess, Dan Harper and Neil Verhagen had to admit defeat to their mentor shortly before the end of the 4-hour race. Augusto Farfus, sharing the No. 99 Rowe with Conor de Filippi, seized the opportunity to pass Hess when he entered eight minutes from the end.

Hess was still fighting with all his might and in the last lap on the Döttingerhöhe already made one of the sights of the year. He sat next to Farfus a few times, but he defended fiercely. In the end, Hess had to back out when the two had to lap another, slower car. Winning the first race of the season with the M4 GT3 was perfect for Rowe Racing.

The BMW Junior Team fought for victory to the end.

“We caught the yellow stages a little bit unfortunately, we have to get ahead of the other BMW after the last leg,” said Farfus. “I was 15 seconds behind and I was constantly closing in. It got tight in the last straight line because I couldn’t get past the traffic well beforehand. He was right next to me and we drove at full speed. This is a race.”

The irony: In the GT World Challenge, Rowe Racing is the team that takes care of the little ones. In Eifel it is RMG. The only drawback to the strong rookie performance: During the race, you received a stop-and-go penalty because you didn’t hit the 1-second minimum stopping time.

Hess was visibly devastated: “I was once unlucky at the airport, unlucky at Döttingerhöhe,” he said. “But we can be satisfied that we made good progress compared to NLS 1.” Walkenhorst completed the BMW triple victory with Sami Mattei Trogen, Christian Krugens and Andy Susik.

The ADAC North Rhine Technical Committee has adjusted the performance scale for the second race of the season (NLS 2 canceled). The new Evo version of the Audi R8 LMS had a load of 10 kg and got a smaller restraint of 0.5 millimeters. An additional 15 kilograms have been added to the Lamborghini Huracan. BMW had to compete with 10kg more weight and got more compression boost.

In fourth place came the Toksport WRT, a team that also drove a new car on Nordschleife for the first time. Over the winter, they switched from Mercedes to Porsche and barely missed the podium with the 911 GT3R driven by Matt Campbell, Julian Andlauer and Matthew Jamnett. Behind them, another BMW, sister Rowe #98 (Van der Linde/Wittmann/Edwards), landed in front of an Audi R8 of Shearer Sports Team Phoenix (Beretta/Jermaziac). 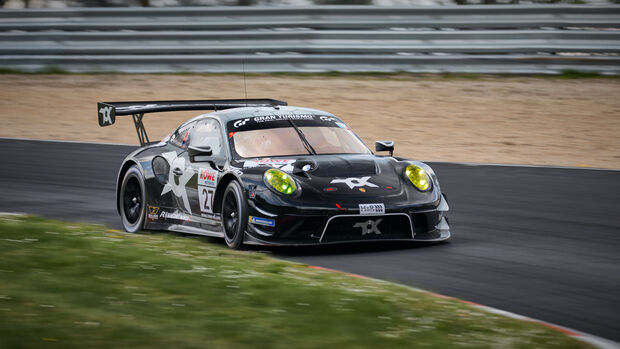 The race ended prematurely for some of the candidates. The Manthey 911 (Estre/Makowiecki/Vanthoor) was involved in a collision with a Porsche Cayman. Apparently Olsen/Burdon/Bamber’s KCMG Porsche also participated.

The sentence with the X was the weekend for Falken Motorsport. It was decided that the Porsche 911 GT3R would not be allowed to race at all. After qualification, it turned out that the tire compound required for the corresponding temperature window was not available in sufficient quantities. Explanation: Global raw material supply bottlenecks severely impacting Falken tire production in Japan.

Jaxon Evans and Alessio Picariello (#3) as well as Lars Kern and Martin Ragginger (#4) wanted to take the helm. Therefore, Falcon faces a dilemma, because they have barely collected any kilometres in the race before the 24 hour race. In the first NLS race, both cars retired prematurely.